Dr. Deena in the News! 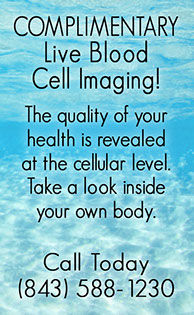 In 2011, the first Baby Boomers are turning 65. According to the US Census Bureau, Baby Boomers number more than 77 million, approximately 26-percent of our nation’s population. At the same time, government statistics estimate life expectancy has increased to 81 for females and 76 for males. So how can we assist this increasing population to live a sustainable and healthier life?

Hormone health is an introduction to one of the many routes of reducing, delaying and recovering from the onset of age-related diseases. Unfortunately, many people especially in our nation are overfed, overstressed and under-active as well as uninformed and confused. The real goal isn’t to avoid inevitable illness or breakdown, the goal is to recover from them faster and better.

Hormones are communicators in the body. These messenger proteins are produced in one part of the body and then passed into the bloodstream and on to distant organs. If they are inhibited and encounter an appropriate receptor as they float into the cell, they carry off their appropriate cellular effects.

There are numerous hormones that influence functions in the body such as digestion, stress reactions and balancing blood sugar but they are all designed to work together in a beautiful symphony. But most people think of hormones as only sexual steroid hormones such as estrogen, testosterone and progesterone.

The two main sexual hormones in women are estrogen and progesterone. Both are produced in men and women, although in different quantities. They work in synchronization with each other. They oppose each other in their actions and work as checks and balances to achieve hormonal harmony in both sexes. When these two hormones are out of balance, hormone related illness could emerge. Symptoms include weight gain, fatigue, depression, joint pain, mood swings and loss of libido.

Estrogens (estradiol, estrone and estriol), are produced in the ovaries, adrenal and fat tissues. Progesterone, which comes from cholesterol, is primarily produced in the ovaries just before ovulation but also produced in the adrenal glands of both sexes and in the male testes. Testosterone that also comes from cholesterol is primarily secreted in the testes of males and the ovaries of females, although small amounts are secreted by the adrenal glands. On average, an adult male produces about 10 times more testosterone than an adult female, but females are more sensitive to the hormone.

Progesterone and testosterone are bone builders (osteoblasts) stimulating new bone formation and increasing bone density. Estrogen is a bone maintainer (osteoclasts) as it inhibits the cells that destroy bone.

As we age, most hormone levels start to decrease. While we may look good and feel good, internal cellular damage is already happening. By the transitional period between ages 35 to 45, production of many hormones have fallen by more than 25-percent and we are beginning to show signs of aging.

With a basic theoretical understanding of hormones comes the challenge of putting it all together. The goal is to obtain optimal hormonal balance through restoring hormones and nutrients, removing toxicities, and using precise Anti-Aging treatments and techniques in defying the effects of time.

Lowered testosterone in males is commonly seen beginning in the 4th decade of life and is associated with symptoms of aging referred to as Andropause. It is also known as male menopause or “the midlife crisis” and andropause is in effect the reversal of puberty. All men are affected, although some to a larger degree than others. Symptoms of anger, confusion, weight gain, depression, decreased libido and fatigue are common along with the onset of age-related diseases such as diabetes mellitus, coronary artery disease or atherosclerosis.

Testosterone is made from cholesterol and both men and women produce it although the amount produced by the male is almost 10 times greater. Testosterone plays important roles in maintaining both physical and mental health. It increases energy, improves memory, prevents fatigue, helps maintain a normal sex drive and helps to increase the strength of the muscles of the body, including the heart.

In the male fetus, the prostate gland has the same embryologic origin as the uterus/endometrium in the female fetus; therefore excess estrogen relative to progesterone will have the same negative effect on the prostate in the adult male as that of the uterus in the adult female. An excessive conversion of testosterone to estradiol (E2) can cause cellular proliferation and may be implicated in the onset of prostate inflammation, enlargement and cancer.

Benign Prostatic Hyperplasia (BPH) is a near universal disease of aging men. Appropriate testing and measurements should be done prior to beginning any hormone replacement therapy including P.S.A, lipids, insulin, sex hormone binding globulin, testosterone, estradiol and progesterone.

In the conversion and metabolism of testosterone, it can travel down 2 pathways. These pathways are converted by enzymes that are in the fat, bone, muscle and testicles.

Estradiol levels converted by Aromatase enzymes in males (but not females) generally increase in tandem with the progression of the aging process. Too much estradiol stores fat, stimulates female-like enlargement of breast tissue (gynecomastia) and increases triglyceride levels as well as food cravings.

The second pathway is by way of 5-alpha reductase. This is the enzyme responsible for the conversion of Testosterone to Dihydrotestoterone (DHT). Excessive DHT is a primary cause of Male Pattern Baldness causing hair follicles to go into their resting phase. Paradoxically, DHT accelerates the development of Hirsutim (excessive body hair growth especially on the back and from the ears). Excessive serum DHT may also be a principal cause of an enlarged prostate.

More than 95% of secreted testosterone as well as estrogen are bound to blood proteins (plasma albumin and sex hormone binding globulin). Therefore saliva testing which measures the activity of hormone inside the cell itself might offer the better measurement of the steroid hormones. Saliva collection testing is easy, non-invasive, cost- effective and an accurate measure of free (unbound) steroid hormones.

There are substances that may inhibit the negative effects of the metabolizing steroidal hormone pathways. A natural topical Progesterone cream prescribed and dosed by a specialized compounding pharmacist under the prescription of a knowledgeable physician may counteract the toxic effects of excessive estradiol.

Decades of clinical studies have shown that appropriate amounts of zinc as well as extracts from saw palmetto, pygeum africanum, red clover and/ or chrysin have demonstrated efficacies in overcoming the problems associated with the biochemical pathways of our bodies. Suitable nutritional supplementation, appropriate saliva and blood chemistry testing, and a patient-centered individualized consultation and treatment plan are all important components in a comprehensive bioidentical hormone replacement strategy.

Blood running through our veins carries the life force of our body. It is the river of life transporting oxygen and nutrients to tissues and organs and carrying away waste products. Unhealthy blood can resemble a swamp of potential problems.

Live blood cell analysis is a process which involves high-resolution of live, whole unstained blood samples using microscopy. It is carried out by placing a small drop of blood from a person’s fingertip onto a microscope slide and then covered with a glass cover slip. The slide is then viewed at a high magnification that forwards the image to a television monitor. Both practitioner and patient are able to view the blood cells and formations right in front of them on a screen.

This test is able to provide a composite of over 25 aspects of an individual’s blood picture. Live blood cell analysis can indicate the presence of disease-causing microorganisms that can potentially change into more aggressive forms. Often things are noticed that are not seen using traditional methods of blood screening.

In itself, live blood cell analysis is not a diagnostic procedure. However, it can often point in a direction to take for further diagnostic testing. It is used simply to view the terrain of our blood to catch a glimpse of the overall “toxic load” and consequent state of health of an individual.

Examples of what may be seen in a screening:

Live Blood Cell Analysis is a simple procedure for obtaining a quick and accurate assessment of a person’s present-time health. It is absolutely fascinating to watch the play of life at the cellular level. This tool can be extremely useful in promoting acceptance and personal commitment to nutritional and lifestyle modifications for a better quality of life.

This website is for information purposes only. By providing the information contained herein we are not diagnosing, treating, curing, mitigating or preventing any type of disease or medical condition. Before beginning any type of natural, integrative or conventional treatment regime, it is advisable to seek the advice of your primary care physician.